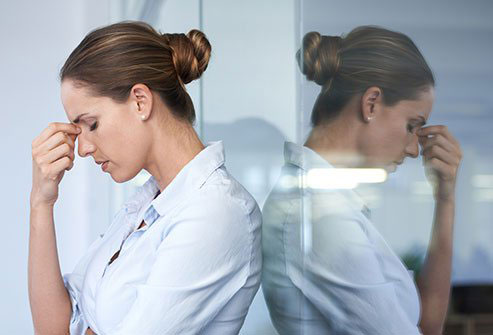 What Symptoms Occur During a Migraine Attack?

What Is Migraine Aura, and What Symptoms Can Occur?

What Can Trigger a Migraine?

How Many People Are Affected by Migraine?

About 4% of the adult population experiences chronic headache, i.e., headache on 15 or more days a month. About half of this group has chronic migraine, and the other half has chronic tension-type headache [7].

Disorders/Abnormalities That Can Be Comorbid with Migraine

Migraine was considered to be vascular in origin for much of the 20th century [6], but today it is considered to be a disorder of the brain, with abnormalities in the vasculature occurring secondary to the primary neuronal events. Migraine has a strong inherited component, and a large genetic study suggests the involvement of glutamate pathways in migraine pathogenesis [1]. Genetic variations on chromosome 19 have been reported for rare forms of familial hemiplegic migraine (FHM1 and 2).

Cortical spreading depression (CSD), a process transiently compromising cortical function at a speed of about 3 mm per minute [5] is thought to be the underlying mechanism of aura [2]. It is possible that CSD is also implicated in the generation of migraine headache.

The International Classification of Headache Disorders

How Can Migraine Attacks Be Treated?

What to Do When Nausea Is an Issue

The efficacy of migraine therapy using electrostimulation of peripheral nerves is currently being investigated in studies (see the fact sheet on Neuromodulation in Primary Headaches). Results are pending.